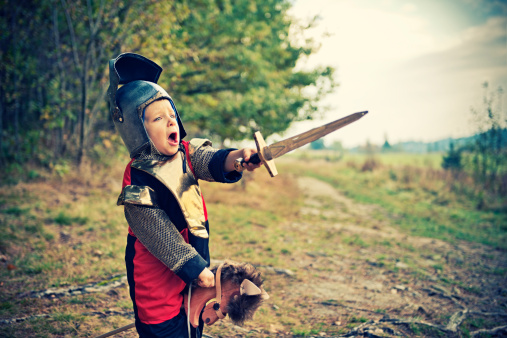 So our Galiant Young Paladin, Luke, gets ready for his first round at the double handed Weapon Challenge, he meditates his mind for combat...

...And such other words that have aided in our Paladins’ Meditation techniques - As taught by Lord Zen (his voluntary battle advisor)

Round one, his opponent, a rough fowl mouthed Dwarfen Gladiator called "Monitt Goblinsplitter" equipped with a blunt, but shiny, battle axe.  Blows were struck, bone v's metal, both opponents were left bloody and bruised, but the Victory blow came from Goblinsplitter as he seized the advantage of Luke’s mistaken blow into his own shin.

Luke and his luck was out cold.

In good Spirits, Goblinsplitter helped Luke back to the Medical Tent, to attend to his owie on his shin... and the nasty split in his head.  now if only he's blocked when he had the chance.

Meanwhile, somewhere between here and there, our other 3 adventurers are stuck in a pickle.  One thing is for sure, this "dwelling" isn't quite what its making itself out to be.  The "Die's Rest" looks like a good place to hang out, always chinking Tankards and Spilling mead.!  These Patriots always seem to be in good spirits, and will gladly share a tail or two for the price of a yard.  Especially the jolly table in the centre, who’s occupiers still seem to be chanting and sharing the love.

Fry Spy with my little Pie.!